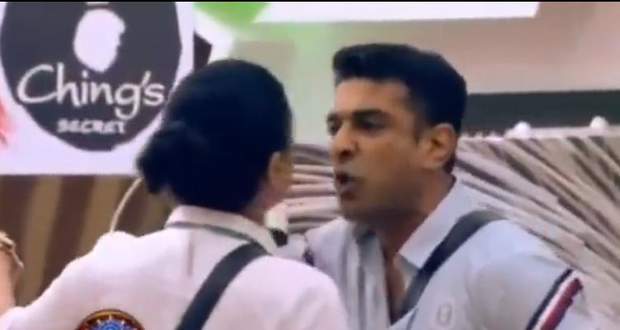 Bigg Boss 14 LATEST TWIST: Kavita-Eijaz to again get physical during a fight

In the upcoming episodes of Bigg Boss 14, Kavita Kaushik and Eijaz Khan will once again get into a fight.

Based on the recent updates of Bigg Boss 14, Nikki Tamboli, Jasmin Bhasin, Kavita, Rubina Dilaik, Jaan Kumar Sanu, and Eijaz have been nominated for this weeks elimination.

Now as per the recent twists of Bigg Boss 14, Kavita will taunt Eijaz for using the kitchen for too long after which they will start a verbal fight.

Further, the fight will get intense and Kavita will push him away using her hands while other contestants will be trying to stop them.

Let's see how far their fight goes in the future story of Bigg Boss 14.

© Copyright tellybest.com, 2020, 2021. All Rights Reserved. Unauthorized use and/or duplication of any material from tellybest.com without written permission is strictly prohibited.
Cached Saved on: Friday 6th of August 2021 02:40:33 AM