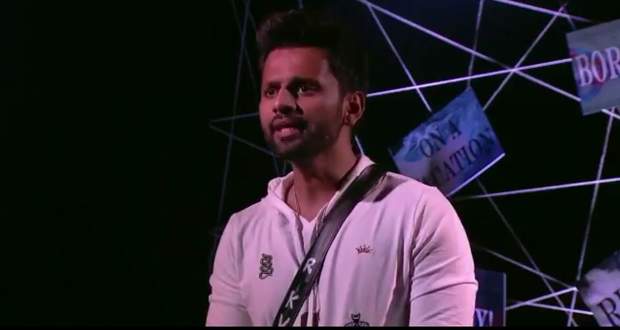 Bigg Boss 14 LATEST TWIST: Rahul Vaidya to be targeted by other housemates

In the forthcoming episodes of Bigg Boss 14, during a task given by Bigg Boss, most of the housemates will target Rahul Vaidya for his behavior towards women.

Up until now in Bigg Boss 14, Eijaz Khan became the first finalist to be in the top 4 by gaining the immunity stone.

Now as per the spoilers of Bigg Boss 14, Bigg Boss will give housemates a task to give their opinion on who doesn't deserve to be in the finale week by sticking the picture of the contestants they desire on a punching bag and punching it.

Afterwards, Nikki Tamboli will choose Rahul saying he feels like he's on vacation while Abhinav and Rubina Dilaik will choose him stating that his behaviour is disrespecting towards women.

Let's see who gets eliminated next in the future episodes of Bigg Boss 14.