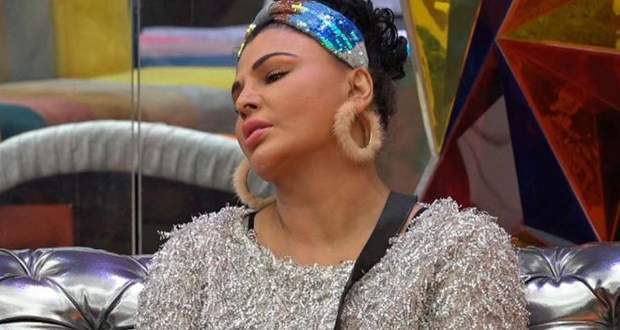 In the future episodes of Bigg Boss 14, Rakhi Sawant will do inappropriate action to Abhinav Shukla which will anger Rubina Dilaik and she will fight with her.

So far in Bigg Boss 14, Bigg Boss gave the housemates a task named 'time loop' in which they will have to repeat their actions like they are in a time loop.

Now as per the spoiler alerts of Bigg Boss 14, Rakhi Sawant will follow Abhinav around and will pull the strings of his trousers which will shock the housemates.

Rubina will tell Rakhi to not cross her limits but Rakhi will reply that she will do whatever she wants which will spark a fight between the two according to the future gossips of Bigg Boss 14.

© Copyright tellybest.com, 2020, 2021. All Rights Reserved. Unauthorized use and/or duplication of any material from tellybest.com without written permission is strictly prohibited.
Cached Saved on: Monday 10th of May 2021 05:10:44 AM