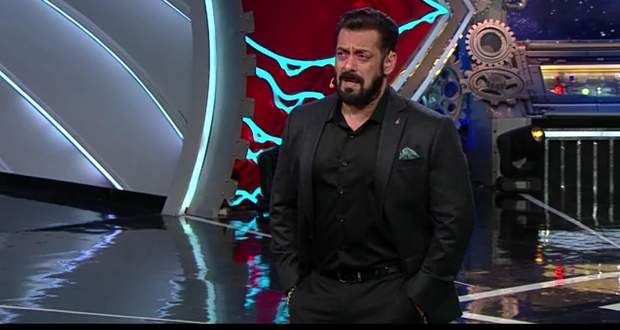 In the forthcoming episodes of Bigg Boss 14 serial, Salman Khan will enter the Bigg Boss house to make Rakhi Sawant's bed which will shock everyone.

So far in Bigg Boss 14, Rashmi Desai came as a support for Vikas Gupta and accused Aly Goni and Jasmin Bhasin of personally attacking him and bullying him.

Further, Pavitra Punia came to meet Eijaz Khan who was ecstatic to see her and they confessed their love her each other. She told him that she is waiting for him and left.

Now as per the gossip news of Bigg Boss 14, Salman Khan will enter the house of Bigg Boss and will make Rakhi's bed as Nikki Tamboli refused to do so.

Later, Salman will state that they would have done it with delight if they had been in a movie or something according to the latest twists of Bigg Boss 14.

Let's see what will happen next in the future episodes of Bigg Boss 14.

© Copyright tellybest.com, 2020, 2021. All Rights Reserved. Unauthorized use and/or duplication of any material from tellybest.com without written permission is strictly prohibited.
Cached Saved on: Friday 30th of July 2021 12:33:41 PM