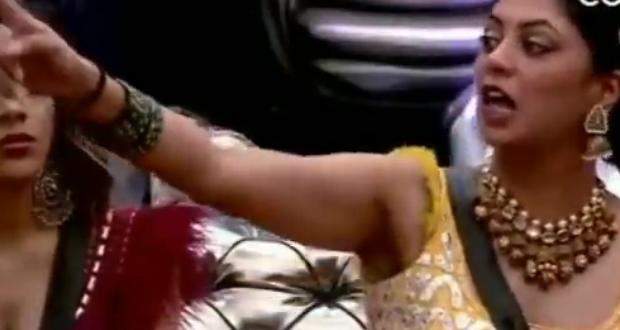 In the upcoming episodes of Bigg Boss 14, Kavita Kaushik will be seen taking a stand for her choice of words against Salman Khan.

Based on the recent updates of Bigg Boss 14, Abhinav Shukla and Rubina Dilaik are the ones chosen for the punishment of going into the cells.

Now as per the spoiler update of Bigg Boss 14, Kavita will talk to Salman Khan and will further take her to stand for her choice of words and will say that many people are copying her.

Further, she will again fight with Eijaz Khan and will say that he used the same bad word in a sentence exactly the same to her in the past.

Let's see how Salman Khan reacts to this in the future story episode of Bigg Boss 14.

© Copyright tellybest.com, 2020, 2021. All Rights Reserved. Unauthorized use and/or duplication of any material from tellybest.com without written permission is strictly prohibited.
Cached Saved on: Tuesday 8th of June 2021 03:28:53 PMCached Disp on: Wednesday 16th of June 2021 01:07:47 AM