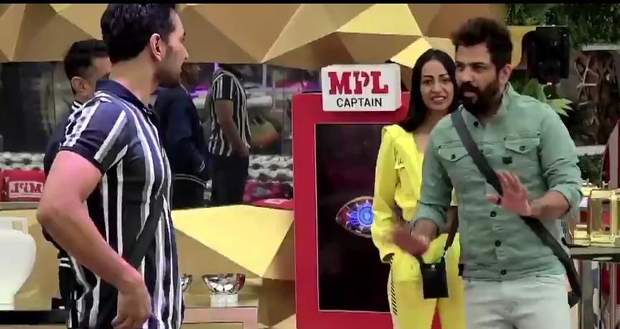 In the upcoming episodes of Bigg Boss 14, the housemates will be given the captaincy task which will create new groups in the Bigg Boss house.

Further, Vikas is given a set of tasks to complete to get the two joker cards.

Now as per the new twists of Big Boss 14, the housemates will be given the captaincy task where they will have to impress and convince Rahul to give them the medal that he will be wearing.

There will be six rounds and the one having the medal at the end will be declared the winner.

Housemates will be seen targeting each other for the medal according to the spoilers of Bigg Boss 14.

Let's see who will win the captaincy task in the future story of Bigg Boss 14.

© Copyright tellybest.com, 2020, 2021. All Rights Reserved. Unauthorized use and/or duplication of any material from tellybest.com without written permission is strictly prohibited.
Cached Saved on: Tuesday 23rd of February 2021 12:12:04 AMCached Disp on: Saturday 27th of February 2021 02:28:02 AM