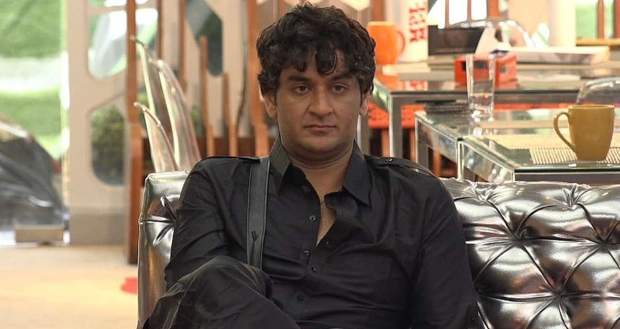 In the upcoming episodes of Bigg Boss 14, Vikas Gupta will be again targeted by Eijaz Khan for instigating a girl against him to try to put him in jail.

Up until now in Bigg Boss 14, Arshi Khan was the last decider in the Captainly task and had to choose between Vikas and Rahul Vaidya from which she made Vikas and hurt Rahul.

Further, Rakhi Sawant started behaving strangely and addressing herself as Julie after getting into a fight with Rahul Mahajan.

Now as per the spoiler alerts of Bigg Boss 14, Vikas will reveal to others that Eijaz accused him of inciting a girl to file a case against her which is completely false and Eijaz will initiate a fight with him.

Later, Vikas will get emotional and say that everyone just uses him like a doormat and accuses him of anything while Arshi Khan will try to pacify him according to the spoiler alerts of Bigg Boss 14.

Let's see how will their fight turn out in the future episodes of Bigg Boss 14.

© Copyright tellybest.com, 2020, 2021. All Rights Reserved. Unauthorized use and/or duplication of any material from tellybest.com without written permission is strictly prohibited.
Cached Saved on: Tuesday 2nd of March 2021 07:48:02 AMCached Disp on: Wednesday 3rd of March 2021 11:40:23 AM