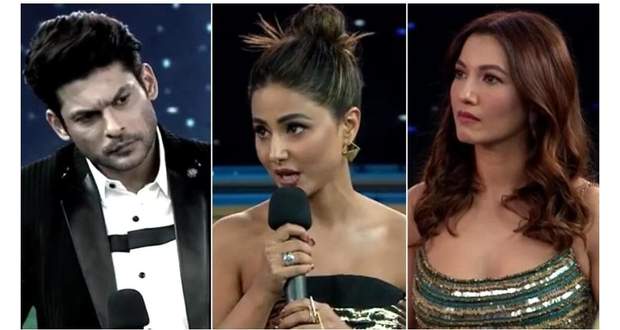 In the upcoming Bigg Boss 14 episodes, Sidharth Shukla's team will be seen winning this week's Bigg Boss the first task of Te Be Confirmed to Confirmed status.

Based on the most recent Bigg Boss 14 spoilers, the BB 14 contestants are divided into three groups handled by seniors Hina Khan, Gauahar Khan, and Sidharth Shukla.

Now as per the Bigg Boss 14 gossip, Sidharth Shukla's team which consists of Eijaz Khan, Pavitra Punia and Nikki Tamboli will be seen winning the first task after being put into the group.

However, Gauahar Khan and Hina Khan will be seen accusing him of cheating in the task as only two contestants are allowed to attack and all three contestants attacked.

Later, Gauahar Khan, Hina, and Sidharth Shukla will be seen having a verbal fight in the Big Boss 14 mall theatre area. 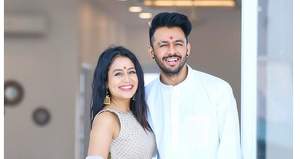 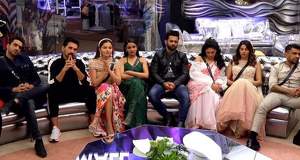 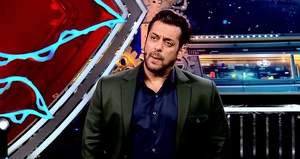 © Copyright tellybest.com, 2018, 2019, 2020. All Rights Reserved. Unauthorized use and/or duplication of this material without written permission from tellybest.com is strictly prohibited.
Cached Saved on: Sunday 29th of November 2020 10:39:37 AM