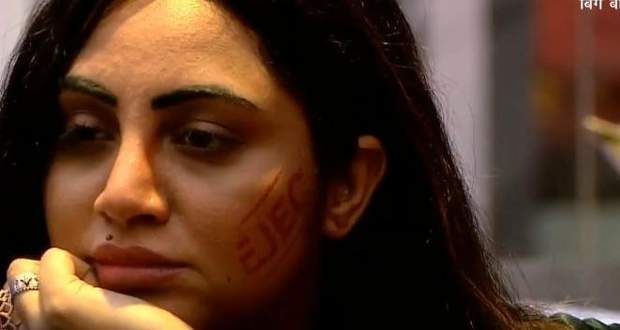 In the upcoming episodes of Bigg Boss 14, Arshi Khan will be targeted by most of the housemates in the upcoming nominations task.

Up until now in Bigg Boss 14, Arshi talked bad about Vikas Gupta's mother after which he pushed her into the pool and Bigg Boss told him to leave the house immediately.

Further, many of the housemates felt that Arshi did all of this as a part of her strategy.

Now as per the Bigg Boss 14 spoiler alerts, housemates will be performing nomination tasks where they will have to nominate two contestants by staying rejected on their face.

Being nominated for evictions, let's see who will be exiting next from Bigg Boss 14 house.

© Copyright tellybest.com, 2020, 2021. All Rights Reserved. Unauthorized use and/or duplication of any material from tellybest.com without written permission is strictly prohibited.
Cached Saved on: Sunday 1st of August 2021 06:13:58 AM