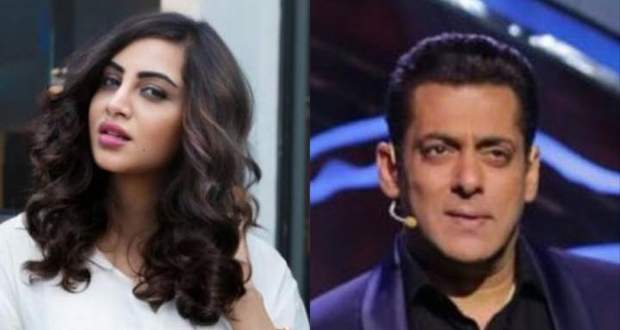 In the upcoming Weekend Ka Vaar episodes of Bigg Boss 14, Salman Khan will confront Arshi Khan and will scold her for going to the topic of Vikas Gupta's mother.

So far in Bigg Boss 14, Aly Goni became the new captain of the task while Manu Punjabi got into a fight with Rakhi Sawant and Arshi Khan.

Manu further stated that he will not eat the food cooked by those two.

Now as per the latest news of Bigg Boss 14, In the Weekend Ka Vaar episode, Salman Khan will confront Arshi and will tell her that she should not have gone as far as to Vikas Gupta's mother.

However, Arshi will deny saying anything bad about Vikas' mother which will anger Salman and he will tell her to find another show where it is allowed according to the upcoming news of Bigg Boss 14.

Let's see if Arshi leaves the house of Bigg Boss or convince Salman about her points in the future episodes of Bigg Boss 14.

© Copyright tellybest.com, 2020, 2021. All Rights Reserved. Unauthorized use and/or duplication of any material from tellybest.com without written permission is strictly prohibited.
Cached Saved on: Tuesday 2nd of March 2021 12:41:17 PM