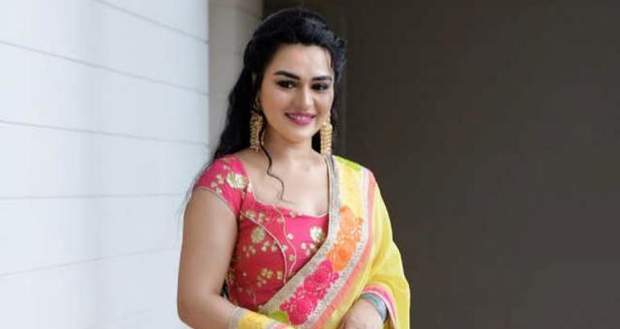 Monty’s wife Sweety will soon be revealed as the real Laal Chakor in the future episodes of Divya Drishti serial.

Up until now in Divya-Drishti serial, Laal Chakor has trapped the Shergills in the house with the help of Pishachini. Further, he has killed Mahima and Aish.

Now based on the spoiler twist of Divya Drishti serial, Rakshit and everyone else will get suspicious of Monty being the real Lal Chakor as he will go missing after Aish’s death.

However, Rakshit and Drishti will find his dead body from the wall and will get shocked. Later, the Laal Chakor will be revealed as Sweety as per the gossips of Divya Drishti serial.

© Copyright tellybest.com, 2018 & 2019. All Rights Reserved. Unauthorized use and/or duplication of this material without written permission from tellybest.com is strictly prohibited.
Cached Saved on: Thursday 2nd of April 2020 04:48:10 AM