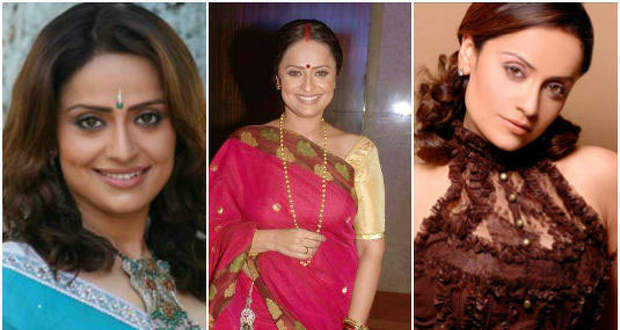 Divya Drishti latest gossip: Is Mahima the Queen of Hell?

In the upcoming episodes of Divya Drishti serial, the viewers will get shocked to learn that a member from the Shergill family is the Queen of Hell.

Up until now in Divya Drishti story, Simran consumed the Kaal Vijay gem mistaking it to be a candy. She has now turned into a human bomb.

Pishachini has challenged Drishti to save the life of the family member who is going to burst soon.

Further, the gossip updates of Divya Drushti serial reveal that Dhristi and Divya will learn about Simran consuming the human bomb.

The two sisters will save Simran in the nick of the time and will also catch hold of the Kaal Vijay gem in their custody.

Later, the future episodes of Divya Drishty serial will shock the fans with the thrilling revelation about the presence of the Queen of Hell in Shergill house.

We at tellybest.com have a strong belief that Mahima will be introduced as the Queen of Hell who will be the most powerful villain in DD story.

Mahima will be the evil creature who will want to snatch the Kaal Vijay gem from Dristhi and Divya.

She will be shown as the ultimate evil creature that will cross all levels of revenge in the future episodes of Divya Drashti serial.

Stay tuned to this portal for more spoilers, gossips, and latest news of Divya-Drishti serial.