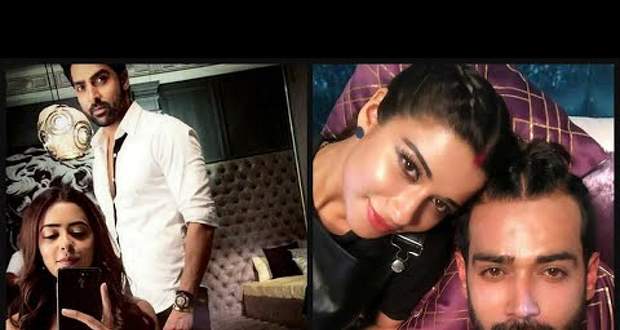 In the forthcoming episodes of Divya Drishti serial, Shikhar aka monkey man might be killed during the bomb blast planned by Pishachini.

At present, in Divya Drishti serial, Drishti and Divya are struggling to complete the challenges given by Vetaal to enlighten the powers of the gems.

Shikhar has turned into a human-cum-monkey in his quest to become more powerful. He is now helping Pishachini in achieving her ends.

Based on the latest news spoilers of Divya Drishti serial, Shikhar will come in his deadly monkey man avatar. He will attack Romi when the latter will try to stop him.

All the Shergill family members will get stuck in the deadly plan laid by Pishachini. They will face the fierce threat of being killed in the bomb blast.

Unfortunately, as per the new gossips of Divya Drishti serial, Romi and Divya will counter Shikhar using their powers.

During the hustle, Shikhar will escape and will become a victim of the unpleasant bomb blast.

Will this end Shikhar’s life in Divya Drishti serial?

Let’s see how Drishti and Divya will face the situation in the future story twist of Divya Drishty serial.

© Copyright tellybest.com, 2018 & 2019. All Rights Reserved. Unauthorized use and/or duplication of this material without written permission from tellybest.com is strictly prohibited.
Cached Saved on: Tuesday 14th of July 2020 04:48:36 PM