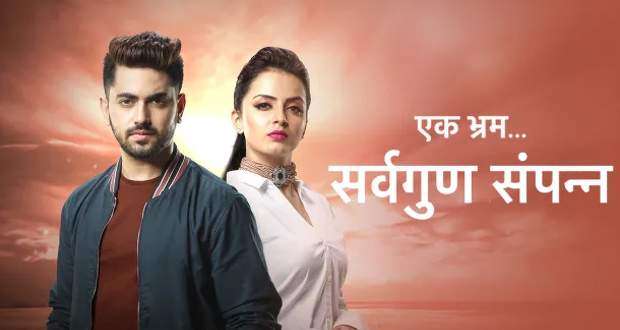 The upcoming episodes of Ek Bhram serial will show the dramatic yet thrilling move of Dhruv, who will attack Pooja with a scissor.

So far in EBSS story, Kabir has helped Pooja with her consignment which has made Pooja develop a  soft corner for Kabir.

Meanwhile, Dhruv continues to remain in a state of grief because of Pooja’s betrayal and doesn’t like the growing closeness between Kabir and her.

Now the latest spoilers of Ek Bharam serial suggest that Dhruv will get so jealous and full of anger that he will decide to kill Pooja in the forthcoming episodes.

Dhruv will reach Pooja’s office and stab her in the stomach with a scissor according to the latest gossip updates of Saravagun Sampanna serial.

Is this a reality or just a revenge dream of Dhruv?

Don’t miss the future episodes of Ek Bharam Sarvagun Sampanna serial to know know what happens next amid Kabir and Pooja.