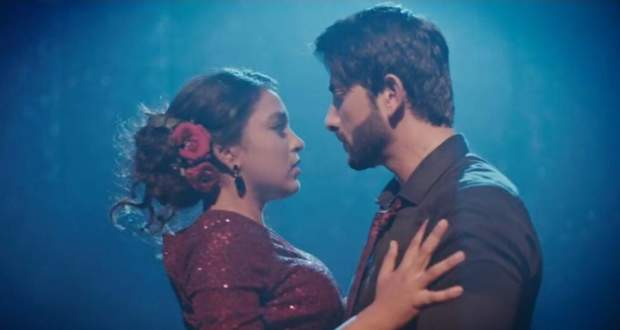 Imli: #Arylie, A new love story of Aryan and Imlie brewing in the TV corridors

From Aryan and Imlie to Arylie

What is a love story without some bickering, hatred, and secret concern about each other?

Yes, it is clichéd about friends swiveling into lovers but isn’t that what everyone wants, to find a friend in their partner?

Well, Aryan and Imlie didn’t just shake hands and become friends. There was a lot of incomprehension between the two.

The stage of misconceptions!

Though Aryan's first interaction with Imlie was full of action and heroic, she mistakes him for a rude and cold-hearted guy.

Meanwhile, both of them start to bicker about even the slightest and silliest things. We can witness a perfect dupe of the Tom and Jerry duo in them.

Furthermore, slowly Imlie learns about Aryan's warm and childlike heart that he masked with a rude and cold face.

Arylie's (Aryan & Imlie) first meeting and the stage of friendship

Imli leaves Tripathi's house after confusion with Aditya to become self-dependent and only to meet The Aryan Rathore.

Aryan is a heartthrob with mere his presence and it seemed less likely that he would tolerate somebody careless and clumsy as Imlie.

Surprisingly, Aryan found peace in Imli's chirpy nature making him forget the real motive of coming close to her (To take revenge on Aditya).

Gradually, Imlie opens up with Aryan taking her time.

At the time when Imlie assumed that she’d never find anyone to trust anymore, Aryan whacks her negative thoughts by sucking them out from her.

Aryan depicts a perfect example of a companion and friend for her. He plants a seed of friendship, trust, and hope.

At the same time, Aryan dives into Imlie's world. His heart embraces each and everything about her. Her voice, her cheerfulness, her charms, her selflessness, her character, her care, and her flawless beauty.

Aryan in the stage of Denial

Aryan, a busy businessman has always had his time for Imli. He would rescue Imlie from the plotting of Anu and Malini, the Mother-Daughter duo; he would go to Pagdandia to rescue his "employee" Imli.

However, Aryan being an Aryan says he cares about Imlie and does not love her.

Well Mr. Aryan, why would you stare at a simple anklet like it means a whole world to you with that doe eyes of yours?

It is said that we fight with those whom we love the most. So we can already see where the relationship with #Arylie is going.

Now we are waiting for Imlie and Aryan to be together where rowdy Aryan Rathore pairs sensuously with ebullient Imlie to set the fire around them with their hot chemistry.

With Imli marrying to save Aditya and Aryan marrying Imli to save her from Aditya, let us see how the lovely couple finally pairs up.

Additionally, Neela and Gudiya are the two new villains in the pairing up of the new couple of the telly town.

So guys let’s buckle up for a ride to relish Arylie's bickering yet sweet and cute romantic saga.

A fake wedding or a real one of Arylie with a lot of bantering and silly plotting and the chemistry between Aryan and Imli is for sure going to get you craving for more love.

Can we ignore Aditya in this love story for now? But unfortunately, he will be there creating hurdles.

It’s the season of love with a new brewing love story. Get ready to feel those flattering swellings in your heart as a lot of romance is yet to be displayed. 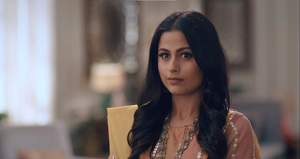