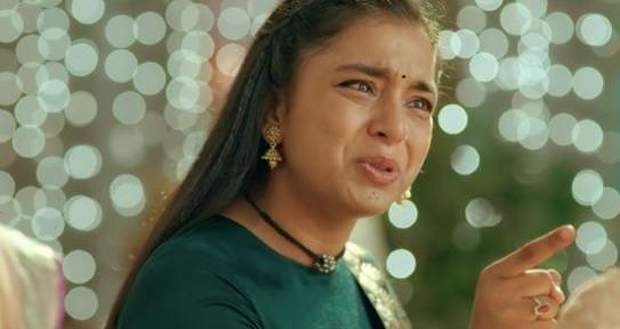 Imli: Imlie refuses to accept Dev as her father

In the future episode of Imli serial, Dev will try to talk to Imlie (Sumbul Touqueer Khan) while she will refuse to talk to him and accept him as her father.

The current story of Imli serial revolves around Anu revealing to Imlie that Dev Chaturvedi is her father and that she is Malini's half-sister.

Further, in the recent episode of Imli, Imlie got distressed thinking that the Tripathi family will rebuke her for being the illegitimate child of Dev but Aditya tried to calm her.

Now as per the upcoming story of Imli, Dev will try to talk to Imlie and will tell her that he wants to give her his name and that he wants to accept her as his daughter in front of everyone.

However, Imlie will refuse to acknowledge him as her father and will say that her father is Satyakaam.