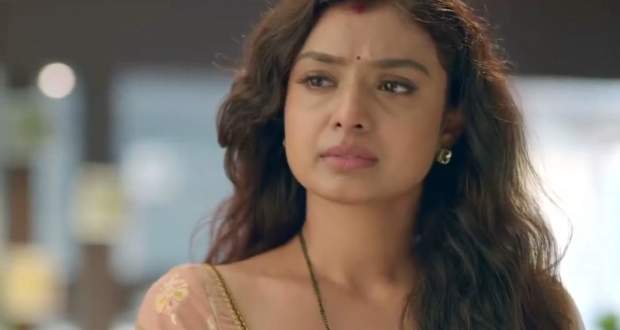 Imli: Malini goes to search for Aditya to Pagdandiya

In the upcoming twists of Imli serial, Malini (Mayuri Deshmukh) will reach the bus station to go to Pagdandiya in search of Aditya (Gashmeer Mahajani) where she will see Imlie (Sumbul Touqeer).

Up intil now in Imli story, Adotya told Imlie, Satyakaam and Malini that told the truth to Malini and further told Imlie that Malini has someone in her life.

Further, in the latest episodes of Imli, Malini told the lawyer to start the formalities for the divorce papers of her and Aditya while Dev found out about it and felt guilty.

Now as per the upcoming story of the Imli serial, Malini will think to go after Aditya and will reach the bus station to go to Pagdandiya.

However, she will see Imlie there who will confront her regarding the news that she has someone else than Adotya in her life.

Let's see if Malini can keep up the fake story in front of Imlie in the serial spoilers of Imli.

© Copyright tellybest.com, 2020, 2021. All Rights Reserved. Unauthorized use and/or duplication of any material from tellybest.com without written permission is strictly prohibited.
Cached Saved on: Wednesday 13th of October 2021 04:18:00 PMCached Disp on: Thursday 21st of October 2021 08:16:02 PM