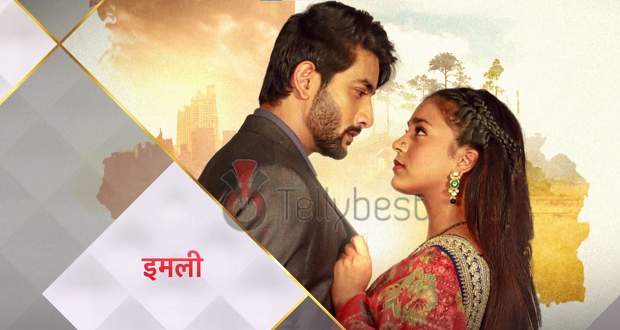 In the upcoming story of the Imlie serial, the new season of Imlie 2.0 is rumoured to go off the air too.

The current angle of Cheeni, Imlie and Atharva has not enticed the audience as much as the love story of Aryan and Imlie and the angle of Aditya and Malini in Imlie Season 1.

Even though the second season is getting decent TRPs of 2.0 on average but the characters have not yet received the love of the audience that much.

If the Season 2 of Imlie does not pick as the channel Star Plus expects it to be then the show has to shut down.

The show Imlie 2.0 will slot to an earlier slot before going off air but the earlier slots rarely work making the show go off air eventually.

There is one more angle to the seasons in a particular show. The new seasons are always compared with the previous seasons' cast and characters which downs the morale of the new cast.

The second season of the well-loved serial Imlie would have worked better if it was a separate serial with no connection with the hit Imlie serial.

Let's see if the serial Imlie 2.0 picks up and continues to be telecast in the upcoming episodes of the Imlie serial.