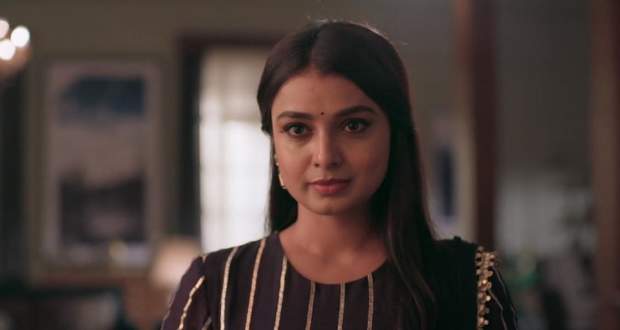 In the upcoming story of the Imlie serial, Neela and Gudiya will reveal how Malini saved Aryan and the Rathore family from getting destroyed and becoming their savior.

So far in the Imlie serial, Aryan is wallowing in his hatred for Imlie while Imlie and Cheeni are trying their best to improve the lives of people in Pagdandia while working as a journalist and a reporter.

According to the spoilers of the Imlie serial, Gudiya talks to Malini on call and further complains to Neela that Malini might want Aryan for herself which is why she hasn’t done anything to get her married to Aryan in the past five years.

However, Neela says that it is impossible as if Malini wanted to marry Aryan, she could have done so in the past when she saved the whole family from going bankrupt by buying 50% shares of the Bhaskar Times.

Now as per the twists of the Imlie serial, Malini plans to get Gudiya and Aryan married so that she can keep an eye on the Rathore family while Anu will think of getting Aryan married to Malini instead.

In future episodes, we will see Malini forming a big plan to get the whole village of Pagdandia destroyed publically.

Let's see what will Malini do when she learns that Imlie is living in Pagdandia with Cheeni in the upcoming episodes of the Imlie serial.