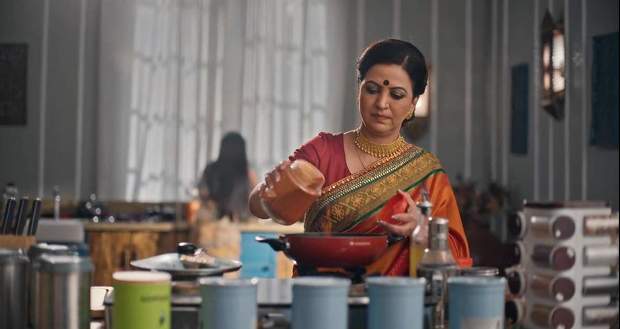 In the upcoming story of the Imlie serial, Neela has tightened up her belt so that she won't let Imlie live in peace.

Neela who is adamant to tarnish Imlie and Aryan’s bonding, adds Chili powder to the food.

So far in the story of Imlie, Aryan met with an accident and he is in hospital.

Now, Imlie is making pudding (shira) for him to take to the hospital.

As per the spoilers of Imlie, Neela can not see Imlie and Aryan happy.

Neela is always up to some Leela (dramatic activity) to snatch the happiness of others.

In the upcoming episode, Imlie prepares a dish with the help of Sundar.

Later, Imlie gets preoccupied with a phone call. Neela uses this chance and sneaks into the kitchen and adds chilli powder to the food. She wishes for Aryan to criticize Imlie about the food.

According to the spoiler, Aryan will eat the spicy pudding which is meant to be sweet just because Imlie has prepared it.

How will Imlie react in the future episodes when she learns about the spoiled food and pays off Neela's debt of troubles?

Let us see what Neela has in her mind to create trouble in Imlie and Aryan's life in the future episodes of Imlie.