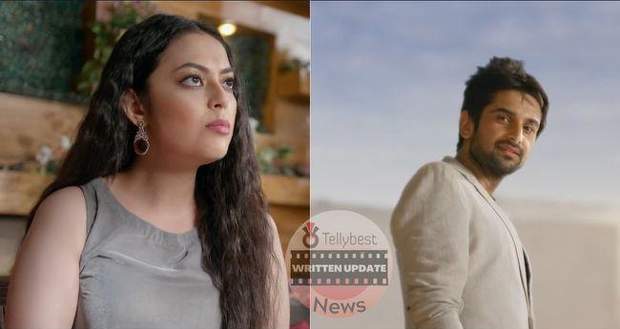 Imlie: New Spoiler! Jatin Is As Shrewd As Cheeni!

In the upcoming story of the Imlie serial, Cheeni will find out that Jatin is as shrewd as her and will challenge herself to get rid of him anyhow.

So far in the Imlie serial, Atharva thinks that Cheeni loves Jatin and told his family to start preparations for his marriage with Imlie.

As per the spoilers of the Imlie serial, Cheeni tries to find ways to reject Jatin by asking him about his income and telling him to jump from the balcony to prove that he loves her.

However, Jatin is as shrewd as Cheeni and uses tricks such as telling her that he has enough money to keep her satisfied and jumping on the window panel from the balcony as her challenge.

In the upcoming twists of the serial, Jatin jumps from the balcony but lands on a window panel as Chini challenged him to jump not die which surprises her as he is not dumb as she thought him to be.

Let's see if Cheeni can get rid of Jatin so easily in the upcoming episodes of the Imlie serial.