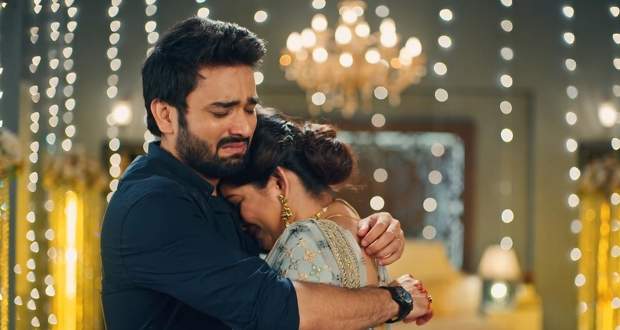 In the upcoming story of the Imlie serial, Sundar breaks the windows of Arpita’s room to stop her from ending her life.

So far in the lmlie story, Aryan kicked out Uday while Neela put the blame on Arpita saying that she is bad luck.

Now, according to the latest gossips of Imlie serial, Arpita locks herself in her room thinking that she is a burden to the family while the family members request her to open the door.

Meanwhile, Sundar climbs through the balcony and breaks the glass of the windows to stop Arpita from committing suicide.

As per the latest twist of Imlie, Sundar accidentally confesses to Arpita that he loves her while she also happily reveals that she loves him.

Aryan surprisingly holds both Sundar and Arpita's hands together as per the spoilers of the serial.

Let us see how Arpita and Sundar’s love story blossoms with Aryan hinting that he is ready for the marriage in the future episodes of the Imlie serial.

© Copyright tellybest.com, 2020, 2021. All Rights Reserved. Unauthorized use and/or duplication of any material from tellybest.com without written permission is strictly prohibited.
Cached Saved on: Saturday 1st of October 2022 10:33:35 PMCached Disp on: Friday 7th of October 2022 09:32:55 PM