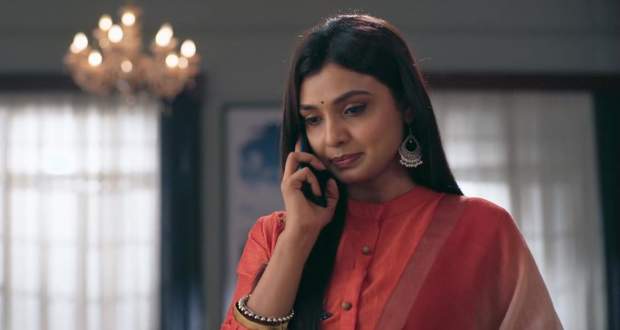 In the upcoming story of the Imlie serial, Malini will be left disappointed after learning that Rajat could not kill Cheeni.

So far in the Imlie serial, Malini bribed Rajat with a job and ordered him to finish off Cheeni while Aryan and Imlie are currently looking for her.

Now according to the spoilers of the Imlie serial, Rajat finds Chini in an abandoned house and lights it on fire to get rid of her.

However, Imlie and Aryan reach there at the same time and manage to save Cheeni while meeting each other for the first time after 5 years.

Now as per the twists of the Imlie serial, Malini calls Rajat and feels disheartened after learning that the little girl is not dead meaning that Aryan will stay in Pagdandiya for longer.

In the future episodes, we will see Aryan getting Imlie arrested while she tries to prove that Pagdandiya people are innocent in Binni’s case.

Let's see how will Cheeni react when she learns that the man whom she considered a hero has put Imlie at risk in the upcoming episodes of the Imlie serial.

© Copyright tellybest.com, 2022, 2023. All Rights Reserved. Unauthorized use and/or duplication of any material from tellybest.com without written permission is strictly prohibited.
Cached Saved on: Wednesday 25th of January 2023 01:14:48 PMCached Disp on: Sunday 5th of February 2023 12:42:28 PM