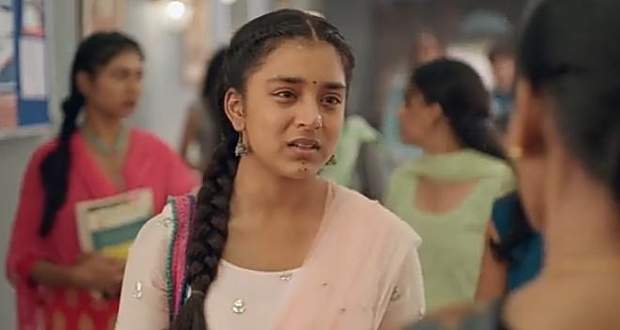 In the upcoming Imlie serial episodes, Aryan will find Imlie in the office at night time and he will warn her to not do it again.

The current story of Imlie serial revolves around Imlie making the office as her home and having shower in the office washroom while making excuses with Aryan.

Meanwhile, on the Tripathi house, Malini tries to steal Rupali’s phone to prevent herself from being exposed.

Now as per upcoming twists of Imlie, Aryan will see Imlie by hiding in the office at night and will recall seeing her outside the office the pervious day.

Further, he will scold Imlie and will warn her to not do it again, according to the serial gossips of Imli.

Let's see what will Imlie do next in the upcoming story of Imlie.

© Copyright tellybest.com, 2020, 2021. All Rights Reserved. Unauthorized use and/or duplication of any material from tellybest.com without written permission is strictly prohibited.
Cached Saved on: Thursday 20th of January 2022 05:25:38 AM