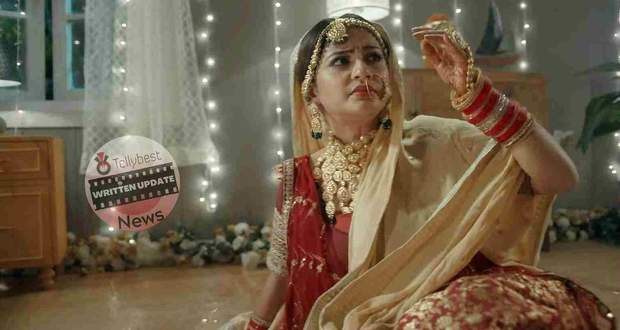 In the upcoming story of the Imlie serial, Rain will come to rescue Imlie from Cheeni!

So far in the story of the Imlie serial, Cheeni tricked Imlie by mixing a power in her makeup that made her lose consciousness.

Meanwhile, Cheeni dresses up exactly as Imlie to fool everyone so she can marry Atharva peacefully.

As per the spoiler of the Imlie serial, a storm occurs and the rain drizzles through the window to Imlie's unconscious face.

Meanwhile, Cheeni will force Atharva to marry her as soon as possible.

In the upcoming twist of the Imlie serial, Atharva will be stuck between two brides one is Cheeni who he loves dearly and on the other hand, there is Imlie who he respects.

Let us see if Atharva will get married to the love of life Cheeni or the ideal wife Imlie in the upcoming episodes of the Imlie serial.

© Copyright tellybest.com, 2022, 2023. All Rights Reserved. Unauthorized use and/or duplication of any material from tellybest.com without written permission is strictly prohibited.
Cached Saved on: Monday 21st of November 2022 07:12:45 AMCached Disp on: Thursday 1st of December 2022 01:25:42 PM