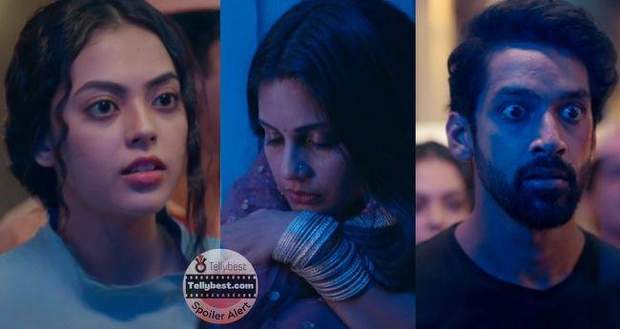 In the upcoming story of the Imlie serial, Chini is enraged to see Atharva and Imlie together so she decides to lock Imlie in the cold storage.

So far in the Imlie serial, Atharva and Imlie are on their way to free Chini from the health center, but they run into trouble with some human traffickers.

Later, Imlie and Atharva fight off the goons and make it to their destination, the health center.

Now according to the spoilers of the Imlie serial, after reaching the centre, Imlie gets stuck inside the cold storage.

Meanwhile, the storage keys are with Imlie and the person who has duplicate keys is on leave.

However, this is all Cheeni's doing to keep Atharva and Imlie apart.

Let's see if Atharva comes close to Imlie while saving her or if Cheeni successfully ends Imlie's chapter to get close to Atharva in the upcoming episodes of the Imlie serial.

© Copyright tellybest.com, 2022, 2023. All Rights Reserved. Unauthorized use and/or duplication of any material from tellybest.com without written permission is strictly prohibited.
Cached Saved on: Wednesday 25th of January 2023 12:47:07 PMCached Disp on: Thursday 2nd of February 2023 08:25:04 PM