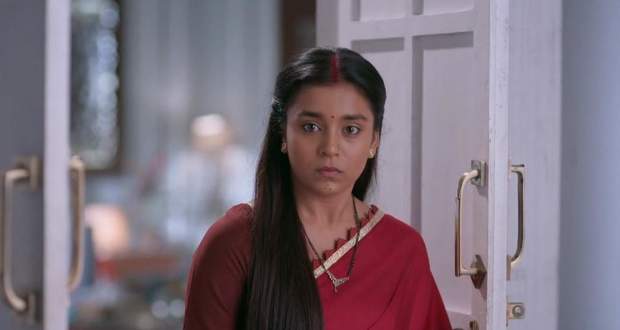 In the upcoming story of the Imlie serial, Imlie’s disguise as Keri will be exposed to Harry as he will try to kill her.

So far in the Imlie serial, Imlie managed to get Aryan out of jail while being in the disguise of Keri.

However, Jyoti and Harry also came to the police station and took credit for it while unknowingly destroying Jyoti’s confession.

According to the spoilers of the Imlie serial, Imlie manages to sneak back inside the house without anyone noticing and goes to her to room change into her normal appearance.

Now as per the twists of the Imlie serial, Harry also goes to Imlie’s room with the intention to kill her but gets shocked to see that Keri is none other than Imlie in disguise.

In the future episodes, we will see Imlie trying to get Harry to join her plan in exposing Jyoti to everyone and getting her arrested.

Let's see if Imlie can get Harry on her side in the upcoming episodes of the Imlie serial.

© Copyright tellybest.com, 2022, 2023. All Rights Reserved. Unauthorized use and/or duplication of any material from tellybest.com without written permission is strictly prohibited.
Cached Saved on: Wednesday 25th of January 2023 11:16:35 AMCached Disp on: Sunday 5th of February 2023 01:47:01 PM