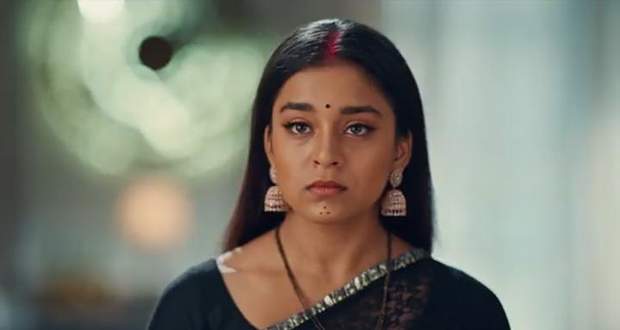 In the upcoming story of the Imli serial, Imlie will teach Neela a lesson when Neela taunts Imlie about her responsibilities.

Up until now in the lmli story, Arpita took Sundar’s help and prepared a date for Imlie and Aryan hoping for them to acknowledge their feelings for each other.

Now, according to the latest gossip of the Imlie serial, Imlie will be working from home while Aryan will get ready for the office when Gudiya will offer to make tiffin for Aryan.

However, Neela comments to Imlie that she should not work and make tiffin for her husband as a wife would do in the past.

As per the twists of Imlie, Imlie will suddenly start pointing at Neela and will remove Neela's makeup saying that Neela should not put on makeup as that was also not done in the past.

Further, Imlie also removes Neela’s jewellery and puts plants and flowers in place of it.

Let’s see watch the future episodes of Imlie to know how Neela bears this insult and takes her revenge on Imlie.

© Copyright tellybest.com, 2020, 2021. All Rights Reserved. Unauthorized use and/or duplication of any material from tellybest.com without written permission is strictly prohibited.
Cached Saved on: Sunday 2nd of October 2022 05:18:57 AM