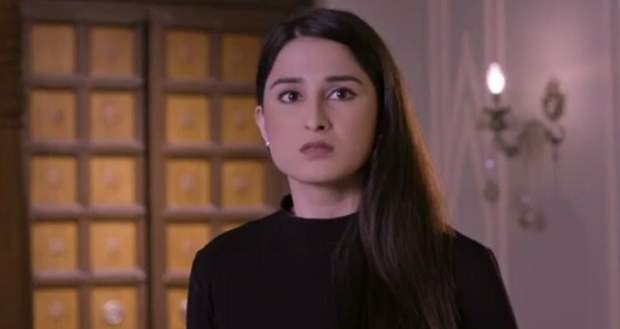 In the upcoming episodes of Indiawali Maa serial, Kaku (Suchita Trivedi) and others will be preparing for the pre-marriage ritual while Cheenu (Sheen Dass) will say that she does not wish to marry Rohan (Akshay Mhatre).

Up until now in Indiawali Maa story, Cheenu agreed to Meenu and Rohan's marriage while Rohan also agreed to make her happy.

Further, Cheenu confessed her love for Rohan in front of Mr.Murti after while Meenu overheard them and ran away.

Now as per the latest twists of Indiawali Maa, Kaku, Hasmukh and everyone will be preparing for Rohan and Cheenu's pre-marriage ritual.

However, Cheenu will come downstairs and will inform everyone that she has changed her decision and does not wish to marry Rohan anymore according to the spoiler alerts of Indiawali Maa serial.

Let's see what will be Rohan's reaction to this in the future story of Indiawali Maa serial.

© Copyright tellybest.com, 2022, 2023. All Rights Reserved. Unauthorized use and/or duplication of any material from tellybest.com without written permission is strictly prohibited.
Cached Saved on: Wednesday 25th of January 2023 12:36:36 PMCached Disp on: Thursday 2nd of February 2023 08:24:25 PM