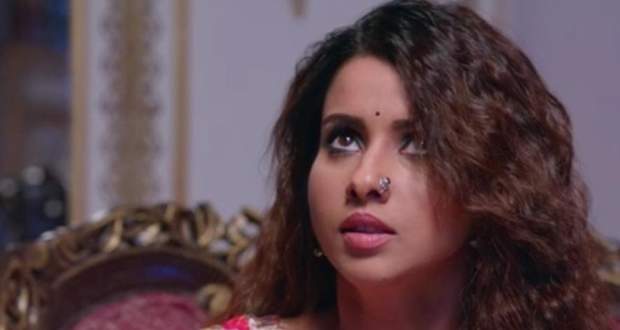 In the upcoming episodes of Kavach serial, Rekha will be able to see Sandhya’s soul and will assist her in using her powers and getting her life back from Saakshi.

So far in Kavach season 2 story, Saakshi kidnaped Prem and Aastha and threatened to punish them if they left the cave.

Sandhya and Angad reach out near the temple to save their children.

Later, the priests come to send Saakshi back to save Sandhya.

However, the priests turn out to be Saakshi’s Tantrics who remove Sandhya’s soul from her body which results in Saakshi entering Sandhya’s body.

Now as per the latest spoilers of Kawach 2, Sandhya’s soul will cry in the temple and will ask help from Lord Shiva. Rekha will hear the crying and will reach out to help Sandhya.

She will assist Sandhya by making her realize how and when she can use her powers according to the gossip updates of Kawach 2.

Sandhya will also confront Saakshi about knowing the reason for her death.

Let’s see what happens next in the future episodes of Kawach upcoming story.

© Copyright tellybest.com, 2018 & 2019. All Rights Reserved. Unauthorized use and/or duplication of this material without written permission from tellybest.com is strictly prohibited.
Cached Saved on: Friday 31st of January 2020 05:36:45 AMCached Disp on: Thursday 20th of February 2020 03:45:13 PM