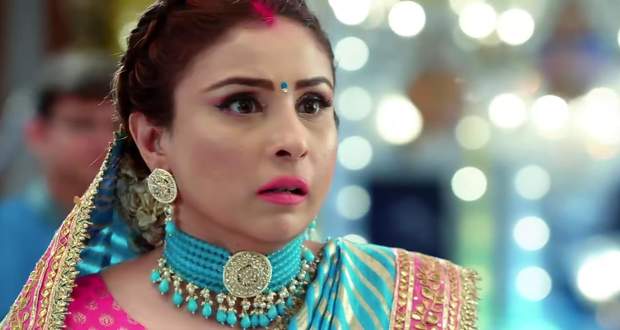 In the upcoming Kumkum Bhagya serial episodes, Vikram will scold Pallavi after which she will give the house keys to Rhea saying she will handle the house from now on.

Up until now in Kumkum Bhagya story, Rhea and Prachi gave a dance performance while Rhea threw her broken glass bangles near Prachi's side making her injured.

Further, Pallavi scolded Prachi saying that she tried to make her look bad in front of the guests and gave the gold bangles to Rhea.

Now as per the upcoming story of Kumkum Bhagya, Rhea will hinder with the Swing of Lord Krishna's idol and Prachi will be blamed for it.

Vikram will scold Pallavi for giving responsibility to the wrong person and Pallavi will take the keys from Prachi and will give it to Rhea, according to the gossips of Kumkum Bhagya.

Let's see what will Rhea do next in the upcoming twists of Kumkum Bhagya.

© Copyright tellybest.com, 2020, 2021. All Rights Reserved. Unauthorized use and/or duplication of any material from tellybest.com without written permission is strictly prohibited.
Cached Saved on: Wednesday 1st of December 2021 10:06:48 PMCached Disp on: Monday 6th of December 2021 03:06:04 AM