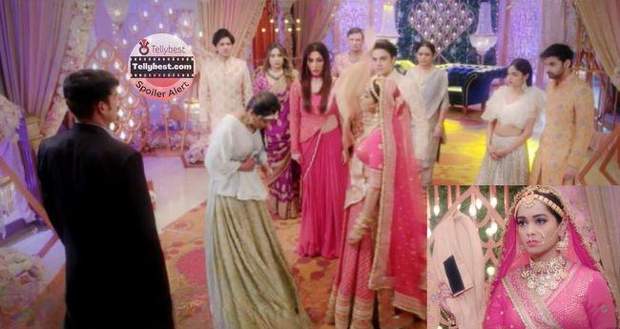 In the upcoming story of Kumkum Bhagya, Prachi will expose Rhea's fake pregnancy.

So far in the story of the serial, Ranbeer and Prachi got married shattering Rhea and Alia's dreams.

Meanwhile, Ranbeer also exposes Alia and Rhea's deeds of hurting Mihika and Sid in the process.

As per the spoilers of the serial Kumkum Bhagya, Pallavi tries to defend Rhea saying that Rhea might have done all this out of desperation as she is also pregnant with Ranbir's child.

Let us watch the future story of the serial Kumkum Bhagya to know how Rhea gets out of PranBir's life making way for their baby or if she she returns back stronger after the small leap or a bigger leap.

© Copyright tellybest.com, 2022, 2023. All Rights Reserved. Unauthorized use and/or duplication of any material from tellybest.com without written permission is strictly prohibited.
Cached Saved on: Wednesday 25th of January 2023 08:56:01 AMCached Disp on: Wednesday 1st of February 2023 05:49:21 PM