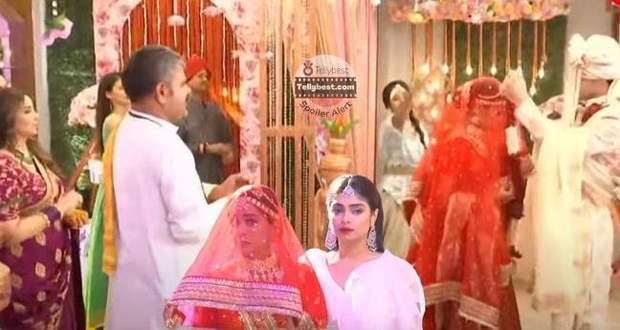 In the upcoming story of Kumkum Bhagya, Prachi and Ranbeer will get married after all the drama that has been going on for months.

So far in the story of the serial, Ranbeer is giving away Prachi to Sid thinking that Prachi is carrying Sid's child.

However, now Ranbeer now knows the truth about Mihika's kidnapping and is ready to expose Alia and Rhea.

As per the spoilers of the serial Kumkum Bhagya, Ranbeer changes his position with Sid so that he can marry Prachi.

Prachi unwillingly marries Ranbeer thinking of him to be Sid while Rhea rejoices that she has gotten rid of Prachi now.

In the upcoming twists of the show, Ranbeer will reveal himself behind the veil taking away all of Prachi's guilt of marrying Sid.

Let us watch the future episode of Kumkum Bhagya to know Prachi and Ranbeer's story proceeds after their marriage.