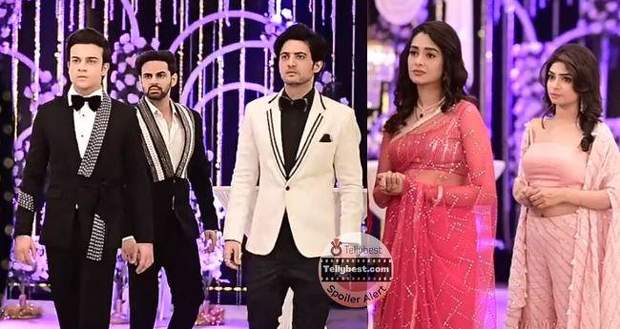 In the upcoming story of Kumkum Bhagya, the Kohli family will celebrate Prachi and Ranbir’s reception party.

The current story of Kumkum Bhagya revolves around the revelation of Alia and Rhea’s lies and evil deeds.

Ranbir exposes Alia’s kidnapping plan while Prachi brings out the truth about Rhea not being pregnant in reality.

According to the latest twists of Kumkum Bhagya, Ranbir will throw Rhea and Alia out of the house after revealing their true faces.

Pallavi will also not support Rhea anymore as she lied about her being pregnant the whole time and took advantage of Pallavi’s love and support.

With Ranbir and Prachi reuniting with each other once again, Alia and Rhea will exit the Kohli household only to return.

Pallavi will throw a reception party for Ranbir and Prachi after accepting Prachi as her daughter-in-law by heart.

Prachi and Ranbir finally resolve their misunderstandings and come closer to each other only to be interrupted by Alia and Rhea’s next plan.

Alia will crash at Prachi and Ranbir’s reception with an invitation for the family.

Let us see what Alia’s next plan against Ranbir and Prachi is in the upcoming episodes of Kumkum Bhagya.