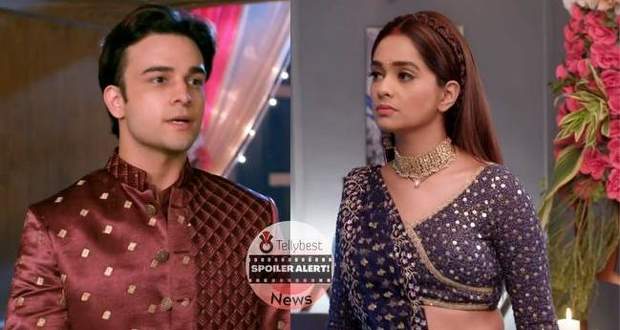 In the upcoming story of Kumkum Bhagya, Prachi will confess her love for Ranbeer at the sangeet ceremony.

The current track of Kumkum Bhagya shows Ranbeer becoming a possessive lover of Prachi every time Sid comes in front of him, as Ranbeer feels Sid will take Prachi away.

However, Prachi mends Ranbeer's bleeding heart and tells him that after the sangeet ceremony, Rhea's lies will be caught red-handed.

In the upcoming twists of the serial, Ranbeer goes up to Prachi and starts dancing with her forgetting everything that is happening around them.

Although Prachi asks Ranbeer to leave her as Pallavi is not liking it.

This causes Ranbeer to have an angry outburst at Prachi and he tells Prachi angrily to not be bothered about him and to marry Sid.

Prachi then shouts at Ranbeer that she doesn't want to marry Sid as she loves Ranbeer.

Let us watch the future episodes of Kumkum Bhagya to see if Prachi's confession of her love for Ranbeer is another dream or if this happened in reality.

© Copyright tellybest.com, 2022, 2023. All Rights Reserved. Unauthorized use and/or duplication of any material from tellybest.com without written permission is strictly prohibited.
Cached Saved on: Monday 21st of November 2022 12:59:06 AMCached Disp on: Thursday 1st of December 2022 01:08:00 AM