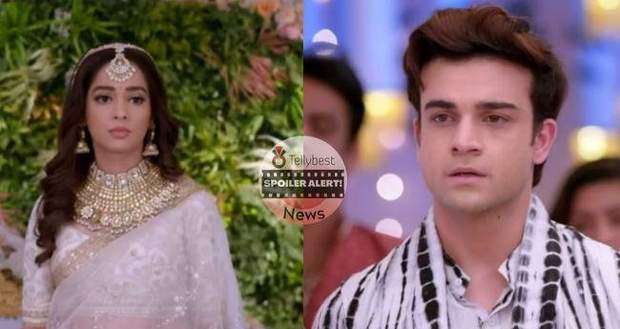 In the recent track of Kumkum Bhagya, the story seems to proceed more in dreams than in reality.

Everyone is imagining things every time and the real drama seems to take place in dreams compared to the monotonous track going on in reality.

In the scenes where Rhea stabbed Prachi after discovering she was pregnant, Ranbir proposed to Prachi asking for a second chance, Alia and Rhea's true face got revealed, and they gave viewers a dose of excitement but all turned out to be dreams.

The writers seem to enjoy playing with the viewers' emotions by enacting the "much-awaited" scenes in the form of dreams and then returning to the "nothing-changed" reality.

All the major events that will help to push the story forward like Alia and Rhea's exposure or a major romance segment between Ranbir and Prachi, all take place in dreams while the reality remains unchanged with Ranbir and Prachi surrounded by misunderstandings.

The major question now is when the actual story is going to proceed instead of things playing out in dreams.

Let us see if any twists and turns make their way in the upcoming episodes of Kumkum Bhagya.

© Copyright tellybest.com, 2022, 2023. All Rights Reserved. Unauthorized use and/or duplication of any material from tellybest.com without written permission is strictly prohibited.
Cached Saved on: Monday 21st of November 2022 05:58:46 AMCached Disp on: Sunday 4th of December 2022 11:08:42 PM