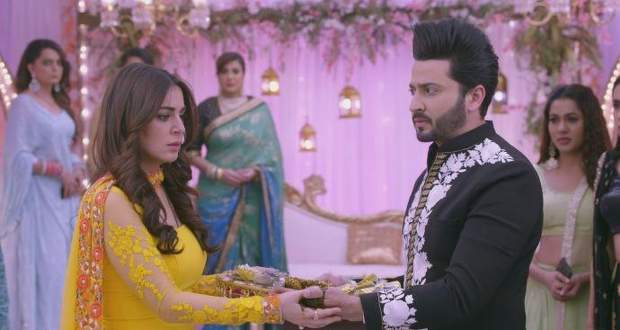 In the upcoming episodes of Kundali Bhagya serial, Preeta and Karan’s story will remain incomplete as Karan will marry Mahira instead of Preeta.

So far in Kundaly Bhagya story, Preeta was again accused of hurting Mahesh Luthra while Karan was also confused about his judgment. Later, Mahira arrives at Preeta’s house and reveals she tried to harm Mahesh.

Now as per the spoiler twists of Kundly Bhagya serial, Preeta will try to stop Mahira and Karan’s wedding but Karan will not believe her.

He will marry Mahira and Preeta and Karan will again get separated according to the gossip news of Kundali Bhagya serial.

© Copyright tellybest.com, 2018 & 2019. All Rights Reserved. Unauthorized use and/or duplication of this material without written permission from tellybest.com is strictly prohibited.
Cached Saved on: Saturday 6th of June 2020 10:56:53 PMCached Disp on: Thursday 2nd of July 2020 05:52:59 PM