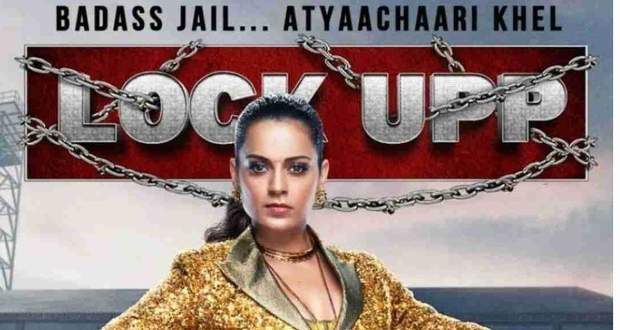 Lock Upp Contestants Names & controversies: Reasons Why, Who, How did they get selected in Lock Up Show?

Kangana Ranaut the controversial queen herself, is all set to take on the TV industry with Lock Upp show on MX Player and ALTBalaji. Known for her bold and direct attitude, Kangana never misses stirring a pot wherever she goes.

Just like the contestants of Lock Upp, the host also falls in the high controversy index.

Kangana's controversial feuds have a huge list from Hritik Roshan to Diljit Dosanjh and every feud arises from her favorite blogging platform, Twitter.

The fiery duo of Ekta Kapoor and Kangana Ranaut has their show filled up with all "Controversial Celebrities" and most have been in the news for not the best reasons. From Munawar Faruqui to Poonam Pandey, here is a list of these celebrities that secured their position at the Lock-Upp show in MXPlayer & ALT Baliji OTT:

A stand-up comedian, who has joined Lock Upp, was in news owing to his detention last year. He was arrested in a case for allegedly damaging religious sentiments and spent a month in jail.

Munawar was arrested after a complaint of making malicious jokes about Hindu deities. The accuser claimed that he had overheard Munawar’s ‘hurtful’ joke during his rehearsal.

The comedian was arrested even before he could perform the act. Munawar’s arrest was heavily criticized by the media for impeding comedians' freedom of speech.

The actress tied the knot with Ali Merchant on the reality show. But divorced him only 2 months after the wedding.

People claimed that the couple got paid to get married on TV. However, both of them and the channel denied the same.

Poonam Pandey rose to the media spotlight when she promised to strip for the Indian cricket team if they won the 2011 world cup. Later, Poonam had shared a striping video at the Wankhede Stadium after Kolkata Knight Riders won IPL 5.

Poonam Pandey made her cinematic debut in 2013 with 'Nasha.' She filed a complaint against her long-term partner Sam Bombay shortly after they married on September 1, 2020, alleging him of molestation, threats, and assault on her for which he was arrested.

The bubbly and chirpy actress’s separation from her husband Karan Mehra was on news for a long time.

Nisha had accused him of domestic violence and an extramarital affair. Nisha also called for a press conference where she showed the bruises on her head and claimed Karan of harming her physically.

Opposing the allegations, Karan said that Nisha had created the entire scene to portray him wrongly and extract a large amount of alimony.

Political Analyst, columnist, and entrepreneur who participated as a wild card contestant in Bigg Boss 13 made headlines due to his fallout with brother Shehzad publically.

The differences rose so much that, Tehseen ended all his relations with Shehzad and announced it with a tweet.

The former 'Bigg Boss' competitor, has appeared in a few films and television series.

A complaint was filed against her last year for allegedly using offensive language in a video circulated on social media against Mahatma Gandhi, Jawaharlal Nehru, Indira Gandhi, and Rajiv Gandhi.

In addition, in 2019, Rohatgi was detained by Rajasthan police for allegedly making disparaging remarks about former Prime Minister Jawaharlal Nehru.

She was blocked on Twitter for spreading fake news and fringe theories. In 2020, her account was permanently suspended.

He claimed that drinking cow urine could treat coronavirus. Previously during the Kerala floods, Chakrapani Maharaj publicly opposed the help being provided to the survivors who were beef eaters.

Sportsperson and Wrestler, Babita Phogat created headlines with her tweet wherein she claimed that Tablighi Jamaat is a bigger problem than COVID-19.

Designer Saisha Shinde shared her transitioning journey in early 2021. Swapnil Shinde was her prior name.

Saisha aka Swapnil Shinde has frequently opened out about her hardships in numerous social media postings and interviews over the last year. She is there to add a glamour quotient to the show.

The heart throbber appeared in Splitsvilla and various reality tv shows. Siddharth has a huge number of female fan followings and is also a fitness enthusiast.

The only controversy Shivam creates through his funny and loud personality is lighting up a room, he is known for his Shayaris and Instagram captions.

He is creating a romantic environment in the Lockupp reality show.

Gained popularity from his negative role in Saubhagyavati bhava, Karanvir Bohra is the most experienced of them all.

From being a part of various reality shows, Karan doesn't appear to get enough of it.

He got into a controversy when a news anchor called him a loser and Karanvir got into an argument with him. Karanvir slammed the news anchor's statements.

Karan stated that he hates this mentality that winning a competition is always considered or given more importance than the experience.

The fresh face in the reality TV industry has impressed everyone with her huge Instagram following of 10.9 million, more than the population of some European countries.

Get ready to witness more controversies with the claimed to be the most controversial show Lockup on MX Player and ALTBalaji. 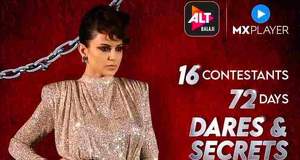