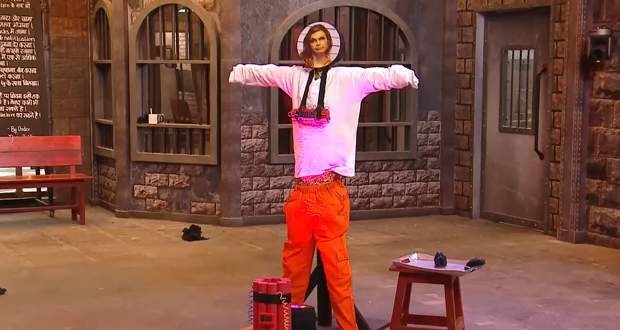 In the latest episode of Lock Upp, the only three players left in the race to save themselves from being locked in are Prince, Saisha, and Payal.

Lock Upp gives a task to these people to restrict the bomb attached to their dummy from blasting and meanwhile, they'll have to blast their opponents' bomb.

Without carefully listening to the instructions, the contestants end up saving each other's bomb in the illusion that they'll win if they defuse the opponents' bomb.

In the first round, Prince defused his own bomb while in the second and third rounds, Saisha and Payal ended up saving each other's bomb from blasting though they intended to make the other person lose.

To get a loser out of the three, a fourth-round is played where all the three had to find a detonator and blast a single person's bomb to lock them in.

To decide whom to lock in, Prince asks them to give him ten points to prove they deserve to be saved.

Finally, Prince takes voting from other contestants and decides to blast Saisha's bomb.

Prince and Payal continue to be in the race of saving themselves from being locked in.

Let us see how will Saisha's behavior change towards the people she considered her friends who did not take a stand for her in the upcoming episodes of Lock Upp.