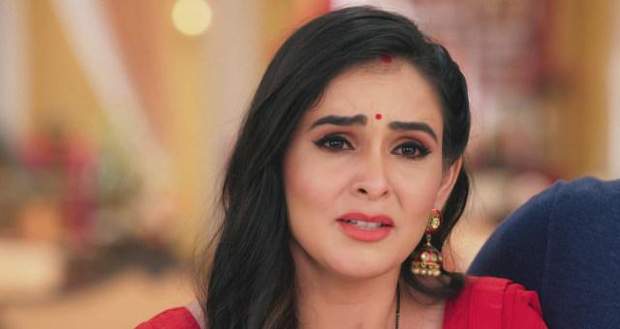 In the upcoming episodes of Star Plus’s Lockdown Ki Love Story serial, Milky will try to commit suicide on witnessing Dhruv getting married to Sonam.

So far in LKLS, Raghav showed the video of Sonam’s innocence to Dhruv and asked him to forgive him for his evil deeds.

Further, Dhruv confronted his mother Nutan for ruining his life by getting him married to Milky by using false ways.

Now as per the serial gossip of Lockdown Ki Love Story, Dhruv will decide to marry Sonam in front of everyone right at that moment.

He will put his mother on gunpoint to keep her away from the marriage rituals, while Milky will rush from there towards the kitchen.

She will further try to commit suicide to halt Dhruv and Sonam’s marriage according to the latest twist of Lock Down Ki Love Story serial.

Let’s see if Milky will be successful in her plan or not in the future story of Lockdown Ki Love Story serial.

© Copyright tellybest.com, 2020, 2021. All Rights Reserved. Unauthorized use and/or duplication of any material from tellybest.com without written permission is strictly prohibited.
Cached Saved on: Thursday 28th of January 2021 08:33:30 PM