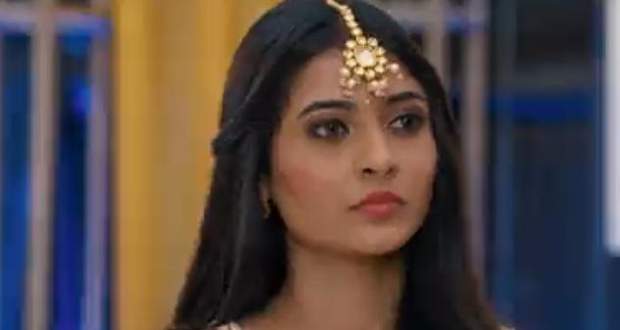 In the upcoming episodes of Mehndi Hai Rachne Waali (MHRW) serial, Dr. Kanika's truth will be revealed that she lied about Pallavi's (Shivangi Khedkar) abortion due to an old favor.

So far in MHRW story, Pallavi and the whole family reach the hospital to prove that Pallavi did not get the abortion done while Raghav brought an injured old lady to the same hospital.

Further, Dr. Kanika told the Deshmukh's that Pallavi indeed got an abortion done and went to her office while Raghav gave her money for treating the old lady.

Pallavi misread the situation and accused Raghav of bribing the doctor.

Now as per the serial gossips of Mehendi Hai Rachne Wali, it will be revealed that Dr. Kanika was lying as she will be seen talking to someone that she risked her license and lied that Pallavi was the one who got the abortion done.

Meanwhile, Pallavi will confront Raghav while he will tell her that he won't touch her even if she is the last girl on the planet.

Let's what will Pallavi do next in the upcoming story of MHRW - Mehndi Hai Rachne Wali (मेहंदी है रचने वाली).

© Copyright tellybest.com, 2020, 2021. All Rights Reserved. Unauthorized use and/or duplication of any material from tellybest.com without written permission is strictly prohibited.
Cached Saved on: Sunday 2nd of October 2022 08:11:55 PMCached Disp on: Friday 7th of October 2022 03:47:20 PM