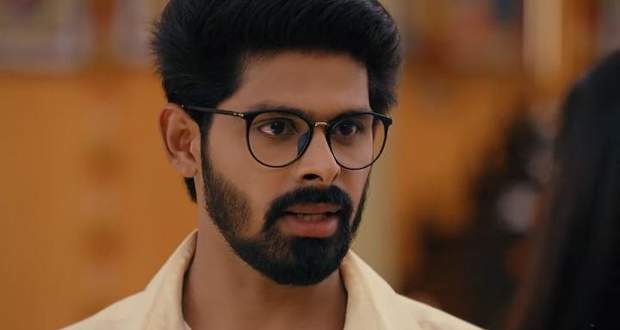 In the upcoming Mehendi Hai Rachne Wali serial episodes, Mandar will find out that Pahlavi is not at the parlor and will get suspicious of her.

So far in MHRW story, Pallavi and Amruta planned to go to the parlor to meet Raghav but Mandar sent Sulochana with them.

Later, Pallavi tricked Sulochana and went to meet Raghav but hid with him in a bathroom stall seeing Mandar and Sunny.

Now as per the upcoming twists of Mehendi Hai Rachne Wali, Mandar will be beaten up as he will call Sulochana and will ask if about Pallavi.

Sulochana will get shocked seeing Pallavi missing from the parlor and will inform him about it which will make Mandar suspicious according to gossips of MHRW.

© Copyright tellybest.com, 2020, 2021. All Rights Reserved. Unauthorized use and/or duplication of any material from tellybest.com without written permission is strictly prohibited.
Cached Saved on: Sunday 19th of September 2021 12:38:12 AM