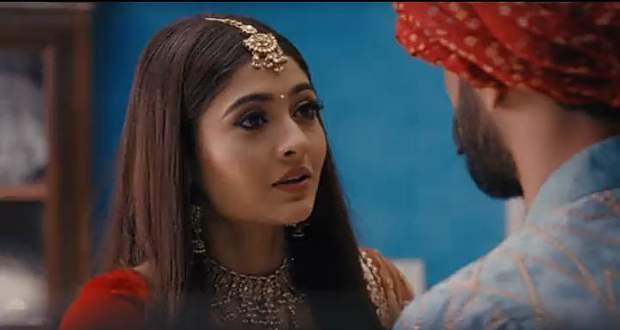 In the upcoming Mehendi Hai Rachne Wali serial episodes, Pallavi will find out that Raghav is planning to kill Mandar and will try to stop him.

The current story of the Mehendi Hai Rachne Wali serial is revolving around Pallavi being excited that Mandar is going to be out of their life and that she will get to be with Raghav.

Meanwhile, Raghav is scared that Pallavi finds out his plan and told Jaya to not reveal anything to Pallavi.

Now as per the upcoming story of MHRW, Pallavi will be talking to Sharda will manage to inform her that Raghav has a gun and Pallavi will figure Raghav's plan.

Further, she will go towards Mandar and will try to save him but Raghav will shoot Mandar which will not hit Mandar, according to the gossips of the MHRW serial.

Let's see what will Raghav do next in the upcoming twists of Mehendi Hai Rachne Wali.

© Copyright tellybest.com, 2020, 2021. All Rights Reserved. Unauthorized use and/or duplication of any material from tellybest.com without written permission is strictly prohibited.
Cached Saved on: Friday 21st of January 2022 04:29:26 PM