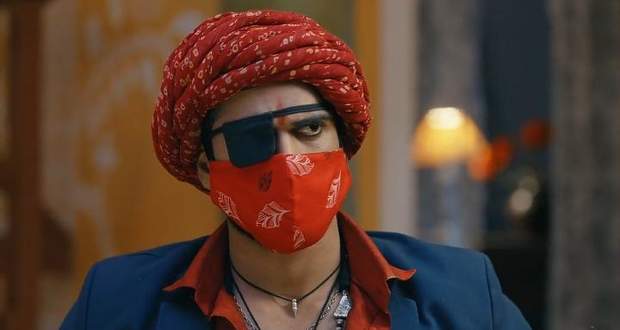 Mehendi Hai Rachne Wali Spoiler: Raghav and Pallavi get a clue on Mandar

In the upcoming Mehendi Hai Rachne Wali serial episodes, Raghav and Pallavi will listen to the audio recording of Mandar talking to somebody on call and will get a clue.

So far in Mehendi Hai Rachne Wali's story, Raghav pretended to be mute and managed to get hired as a cook with Rama with his conditions.

Later, Pallavi thinks of him as weird and fails to recognize him while Sulochana tries to flirt with Raghav.

Now as owe the upcoming story of MHRW serial, Raghav will reveal to Pallavi that he is the cook and will hear the audio recording of Mandar talking to somebody.

Further, Raghav will follow Mandar while Pallavi will find some bills in Mandar's documents and will get shocked, according to gossips of MHRW serial.

Let's see what did Pallavi find in the upcoming twists of Mehendi Hai Rachne Wali.

© Copyright tellybest.com, 2020, 2021. All Rights Reserved. Unauthorized use and/or duplication of any material from tellybest.com without written permission is strictly prohibited.
Cached Saved on: Friday 28th of January 2022 05:39:01 PM