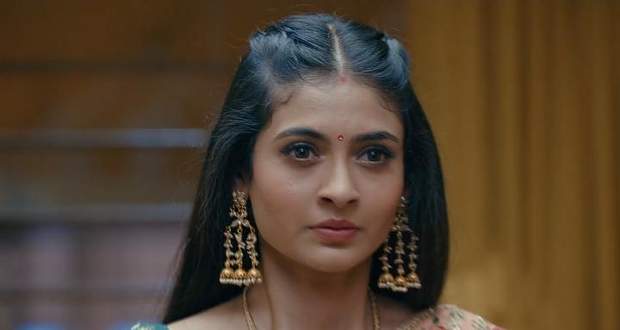 In the upcoming Mehendi Hai Rachne Wali serial episodes, Mandar will reach the Rao house with the divorce papers while Raghav and Pallavi will do drama.

Up until now in Mehndi Hai Rachne Wali story, Pallavi found out that Mandar is the one who is behind Sharda being in hospital and tried to inform Raghav about it.

Further, Sunny informed Mandar that Pallavi knows their truth after which Mandar confronted Pallavi but she acted as she loves him.

Now as per the upcoming twists of MHRW, Mandar will go to the Rao house and will tell Raghav to sign the divorce papers and will show him Pallavi's signature on it.

Later, Pallavi will act of fighting with Raghav in front of Mandar and will say that he is controlling but Mandar only loves her.

Furthermore, Raghav will take on a disguise and will think to expose Mandar according to the upcoming story of Mehendi Hai Rachne Wali.

Let's see what will Pallavi and Raghav do next in the future gossips of Mehendi Hai Rachne Wali (MHRW) serial.

© Copyright tellybest.com, 2020, 2021. All Rights Reserved. Unauthorized use and/or duplication of any material from tellybest.com without written permission is strictly prohibited.
Cached Saved on: Thursday 2nd of December 2021 10:51:48 AMCached Disp on: Monday 6th of December 2021 07:49:15 AM