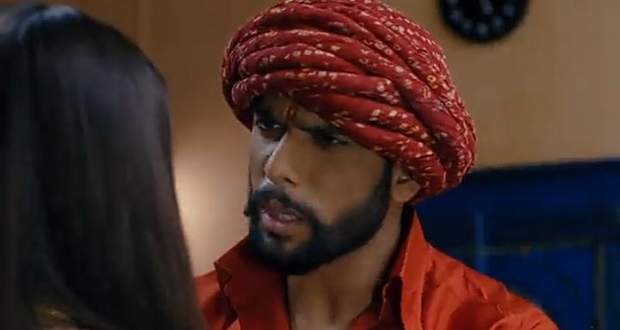 In the upcoming Mehendi Hai Rachne Wali serial episodes, Raghav will thrash Mandar after which Mandar will hold Pallavi hostage with a knife under her neck.

Up until now in Mehendi Hai Rachne Wali's story, Raghav romanced with Pallavi while Sharda managed to inform them about the recording she made through special signs.

Meanwhile, Sunny decided to take revenge on Mandar and joined hands with Raghav for it.

Now as per the upcoming twists of MHRW serial, Mandar will be about to attack Pallavi in anger when Raghav will expose himself and will thrash him.

However, Mandar will manage to get a hold of a knife and will keep it under Pallavi's neck to make Raghav shoot himself, according to the gossips of MHRW serial.

Let's see what will Pallavi and Raghav do next in the upcoming story of Mehendi Hai Rachne Wali.