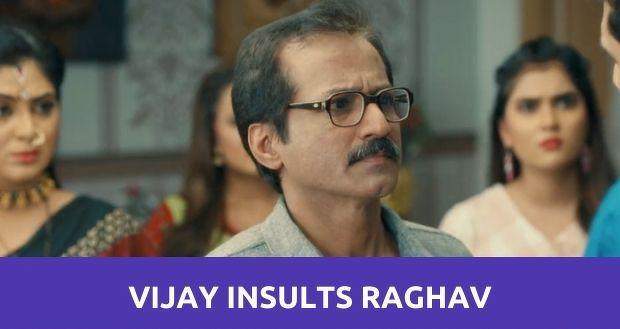 So far in the Mehndi Hai Rachne Wali serial, Raghav revealed to Sunny that he had tapped his phone and offered him money to leave Kirti while Sunny demanded 5 crores from him.

Meanwhile, in the latest episode of MHRW, Kirti got slapped by Jaya for thinking of running away while she blamed Pallavi for telling everything to Raghav.

Now as per the serial spoiler of Mehendi Hai Rachne Wali, Raghav will go to Vijay's house and will demand him to forgive Pallavi saying that he won't leave and he gets the forgiveness.

However, Vijay will bring water and utensils and will order Raghav to wash his hands and drink the dirty water to earn forgiveness for Pallavi.

Let's see if Raghav agrees to Vijay's demand for Pallavi's sake in the upcoming twists of Mehendi Hai Rachne Wali.