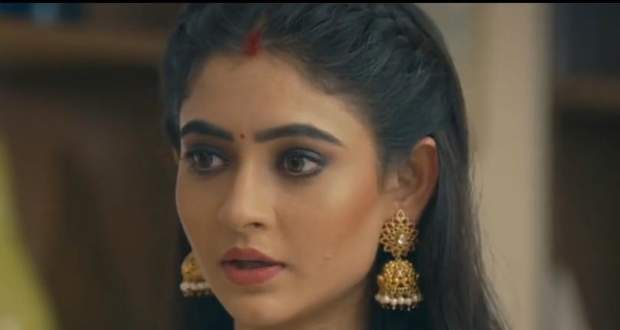 MHRW: Pallavi to leave for Kolhapur

In the upcoming twists of MHRW serial, Raghav (Sai Ketan Rao) will find Pallavi's (Shivangi Khedkar) ticket which she will reveal that she is leaving for Kolhapur.

So far in MHRW story, Raghav felt emotional seeing Pallavi's health worsening due to stress and tried to seek assurance from Farhad.

Meanwhile, in the recent episode of MHRW, Jaya advised Raghav to rectify his mistakes instead of feeling guilty over it.

Now as per the serial spoilers of MHRW, there will be a delivery of a ticket in Pallavi's name which will shock Raghav and Jaya.

Meanwhile, Pallavi will come downstairs and will say that she is going to her brother's house as her job is done.

Let's see what will Raghav do next to stop her in the upcoming story of MHRW serial.

© Copyright tellybest.com, 2020, 2021. All Rights Reserved. Unauthorized use and/or duplication of any material from tellybest.com without written permission is strictly prohibited.
Cached Saved on: Thursday 20th of January 2022 02:05:14 PMCached Disp on: Friday 21st of January 2022 05:21:00 PM