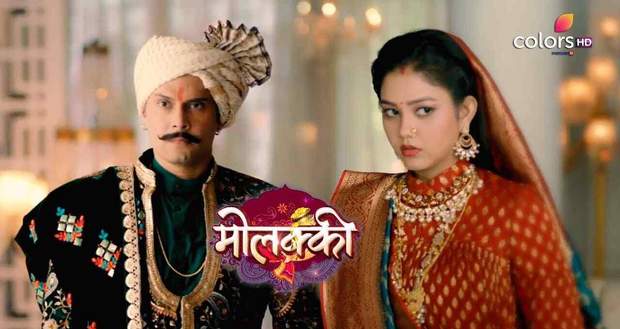 Colors TV's Molkki serial is about to reach its final episode and we have brought you the revelation of the series end.

According to the gossip of Molkii, Purvi and Virendra will take back their palace from Gajraj.

So far in the episodes of Molkki, Purvi is acting rudely to Virendra and others so that he hates her and kicks her out of the house. She plans to take revenge on Gajraj who snatched their house from them.

Virendra already knows that Purvi is acting in front of them to make him hate her.

In the climax episode of Molkki, Purvi will try to plan out a strategy to take back the house from Gajraj by making him sign the ownership papers.

However, her plan will backfire as, although drugged, Gajraj will come to his senses after signing the papers and will order his men to surround Purvi.

As Molki will get trapped by Gajraj in her mission and will be in danger, Virendra will appear there with the police and expose Gajraj’s true identity.

Virendra will succeed in saving Molkki and they will get back their house from Gajraj’s grasp who will get arrested.

Purvi and Virendra will finally bid goodbye to the viewers with the end of their journey along with a happy and united family and the eternal love between the couple.

Let’s see how this climax plays out in the upcoming episodes of Molkki.