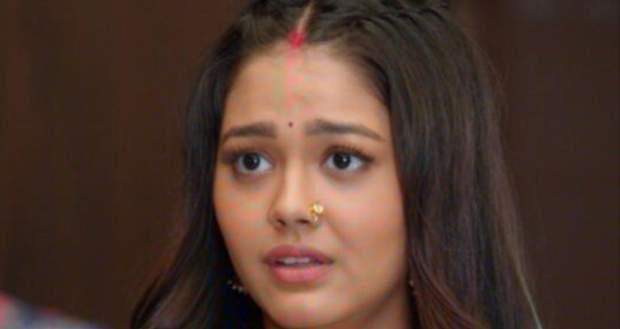 Molkki: Purvi to get kidnapped

In the upcoming episodes of the Molkki serial, Purvi will be going to NGO while some goons will Nina her and will take her away in a van.

Up until now in the Molkki story, Sakshi managed to escape from Bhuri's house and reached the temple where Virendra and Purvi are for the Pooja of Sakshi.

Further, Anjali locked Purvi in the Priest's house and lit the house on fire to kill Purvi but Virendra managed to save her.

Now as per the serial gossips of Molkki, Purvi will collide with Sakshi who will be asking for help and will tell Sudha to take her to the NGO as she will be safe there.

Later, Virendra will go to Delhi while Purvi will get kidnapped on her way to NGO by Prakashi's goons according to the latest twists of Molkki serial.

Let's see if Purvi can save herself in the future story of Molkki (मोल्लकी) serial.